Locally Grown for Freshness and Flavor

Our Story- “About Playing In The Dirt” 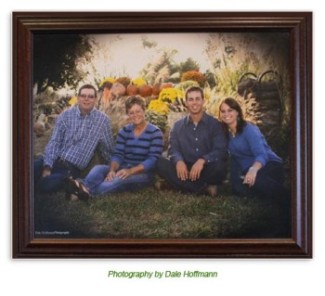 Garry and Dianne were married in 1985 and moved to Waterloo, IL in 1987. They have two children, Katie (Allen) Vincent and Matt (Ashley) Stuckmeyer, and one grandchild, Lola Vincent. Both children are involved in the business operation.

Garry is the fifth generation in the Stuckmeyer family to raise vegetables for a living. In 1997 they opened a retail store located between Waterloo and Columbia.

Walter and Hermetta Stuckmeyer (Garry’s mom and dad), have worked alongside the family since the beginning.

While Garry continues to sell at the St. Louis Produce Row, Dianne manages their retail shop. At the shop, the year starts off in April. Annuals, perennials, hanging baskets and planters are available along with a wide selection of bedding plants. With the exception of tropical plants, ALL of the plants at the shop have been raised at the farm location. The family also has a stand at the Monroe County Farmers Market on Thursdays and Saturdays.

All together we are living our dream, carrying on our Family Tradition. Thanks for all of your understanding and support, that keeps us in our garden!
Garry & Dianne S.